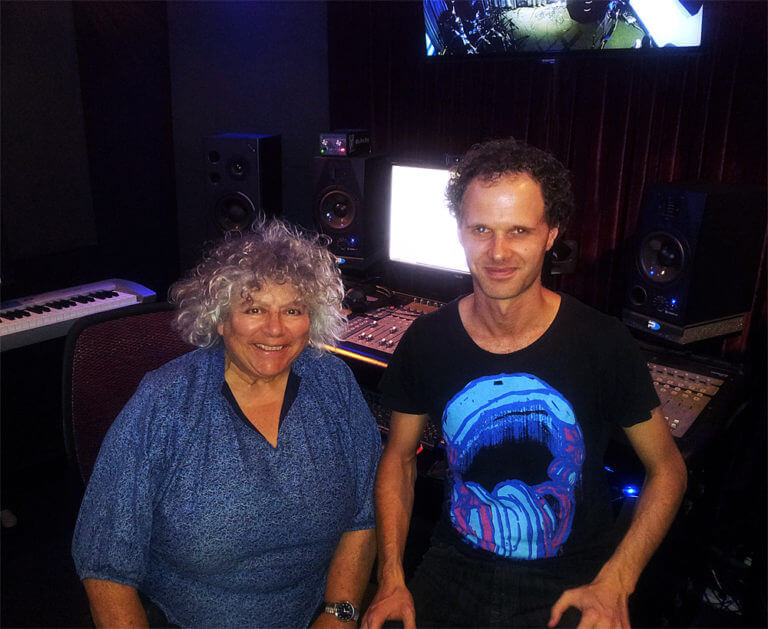 Note: This is an archive post of a recording session by Tom Watson at Current Sound for Miriam Margolyes. At the time of this recording, Current Sound was based in Adelaide Australia. Current Sound has since relocated to Hollywood, Los Angeles where Tom Watson now records and produces for his clients.

I was more than happy to have actor Miriam Margolyes (Harry Potter/Blackadder/James and the Giant Peach) at Current Sound in our Adelaide, Australia studio. She was in Adelaide performing her play Neighbourhood Watch at the Dustan Playhouse.

I’ve had Miriam in the Current Sound recording studio on three separate occasions. The first was a live stream (ISDN equivalent) via Source Connect to Jungle Studios in London for a live overdub VO for Dolmio. Miriam has been doing the voice for the Mama character/puppet for Dolmio for the last 10 years now.

A few weeks later she was back again to do the VO for another commercial for Dolmio, this time we streamed live via Source Connect to Angell Studios in London who produced and recorded the session.

Thirdly we had another afternoon in the studio the following week doing a VO for director Graeme Haddon who flew down for the afternoon back to back with another session for the Nature Conservation Trust of NSW which involved bringing in a film crew and Autocue operator/teleprompter to shoot some video of Miriam in front of a green screen in the studio for their ‘Who is Quentin?’ campaign.

It was great to be able to work with Miriam Margolyes, she is a very caring, down to earth person.

Miriam tends to perform and act in London and various cities in Australia so I haven’t been able to work with her recently but hopefully she will be in Los Angeles at some point in the future and can stop by the new recording studio in Hollywood.