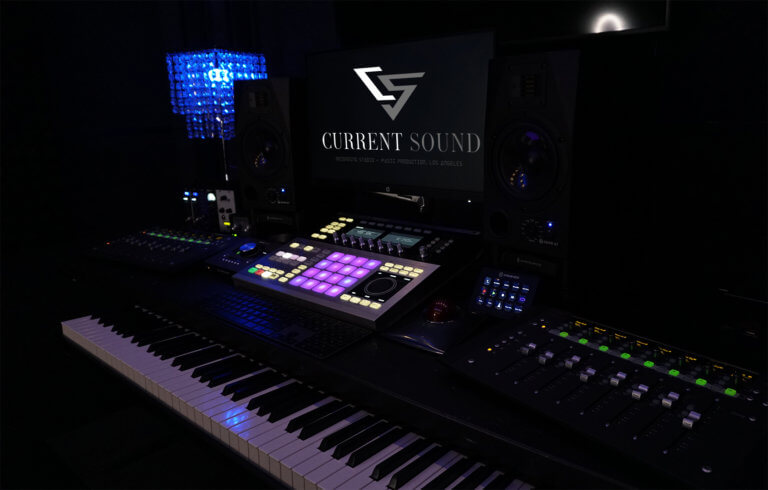 Do You Need to Know This?

Most people getting into beat-making (or music production as they like to call it) and songwriting these days rarely that the time to learn how to use chords & scales when the start out. Relying on your ear to figure out chord harmony works for some. There’s been many excellent musicians that were could play by ear. In saying that, most of them had either a basic or very vast understanding of music theory.

With the temptation of pre-made loops and samples and technology, most people that don’t understand any music theory just end up be re-arrangers of some one else’s music. That’s not really what creating music and songwriting is all about. It’s better to be in control of what you’re doing so you can express yourself through your music.

If you understand how harmony works, can write more complex and smoother sounding song structures.

For people just starting out, or those that never took the time to understand chords and harmony, this article is going to help you get started.

Download this piano chords chart for free to learn all of the major and minor chords on the piano.

This article assumes that you know the names of notes on the piano or whatever your instrument is. There is a free chords and scales chart here that shows you all the major and minor chords in each key.

Where do Chords Come From?

Chords; it’s simply easy math once you understand how they’re built. Western Diatonic harmony is built on the Major scale like the notes C-D-E-F-G-A-B-C (C Major scale). Each note is numbered from 1 to 8 called degrees. Between the E-F and B-C is a half step interval (one fret on the guitar). It’s the same for all instruments. On piano you’ll notice there’s no black key in between the E-F or B-C notes. Everywhere else between the scale degrees it’s a whole step (two frets on guitar).

When we covert them to Chords in the Key, we get this

It helps to think of each note of the scale as a number like this:

You use the notes of the scale you’re harmonizing. The major chord formula is the 1 – 3 – 5 degree notes of the scale. The rest of the chords are named from their respective scales. For example, the Dm chord is a minor chord here because in D Major the 3rd note is actually an F#. Using the C Major scale to harmonize means staying with the C Major key notes, (i.e., an F natural for the 3rd here). When you flat the 3rd of a major chord you get a minor chord (1 – b3 – 5). That’s why these 2nd, 3rd, 6th, and 7th degree chords are minor chords.

There’s only 4 types of Triads in western music:

Note: The small b means flat for those who don’t know and the # symbol means sharp.

A 7th chord is formed simply by going up the scale and adding a fourth note to the Triad.

The C Major scale harmonized to 7th chords looks like this:

If you compare the notes in those harmonized scale chords, you’ll see a common tone relationship with some of them. They’re divided into 3 chord families based on their sound.

Do you see how all three of those chords have at least 3 of the same notes? When you’re composing, try swapping out a chord for another chord in the same chord family.

Chances are it will work with your existing melody but create a different feel.

Same goes for those 2 subdominant family chords, can experiment with swapping them for each other too.

What Intervals are Most Important?

Three notes form a chord. Two notes means an interval, also called a ‘double-stop’ (old violin usage term). Two notes can IMPLY many different chords. But with 3 notes, the type of chord will almost always be well defined in sound.

In pop music, the 1st note (known as the root) and the 3rd are the most important notes in the Triad. In fact, in Jazz music, often the 5th is removed and just the 3rd and 7th are played, with the root note (1st) being played by the bass player.

For a C Major chord, you could simply use the C – E to imply a Cmajor chord. C – Eb would imply a C minor chord. That 3rd in the chord is important because it marks the difference between a major chord (upbeat-happy) and a minor chord (sad-dark). With a Dom7 chord, like a G7, the 3rd and 7th notes need to be preserved, for they form the Tritone interval which gives that Dominant chord its “I need resolving” sound.

All that means is continuing to spell a chord from its scale going up into the next higher octave.

That’s all there is to embellishing chords and color tones. It’s not as complex as it seems once you understand how it’s done.

There is another type of triad we haven’t mentioned so far. This is called a Suspended Chord or Sus chord for short.

Remember before we said that the 3rd note of a triad defined the sound. If you remove the 3rd and don’t play it you just have the root and 5th. This is what a power chord (most distorted guitar chords) on an electric guitar sounds like. When you play a power chord on a guitar the 3rd is not present. You can play this chord on the piano too, sometimes referred by musicians as playing chords in 5ths.

When you play this on the piano and then add the 2nd degree/note of the scale 1 – 2 – 5 or C – D – G, you get a Sus 2 chord. This gives a suspenseful feeling. It is not major or minor, it is suspended between the two.

Doing either of these, you would often resolve them by playing either the regular major 1 – 3 – 5 or minor 1 – b3 – 5 chord. Without resolving, the listener doesn’t know if the chord is major or minor and leaves a very suspenseful feeling (often heard in movie soundtracks). That’s suspended chords in a nutshell.

You can download this free Chords in Keys chart that I made showing you the chords in every key. I’m dropping the last chord off since it’s not a major or minor chord and is rarely used in pop music.

Pay attention to the numbers above each chord. They show the relationship to the sale. This is what musicians are talking about when they speak about a chord progression in numbers.

The order that you play the chords in the relation to the number they are in the scale will determine the feel of the song.

For example, this is the 1-5-6-4 progression that is in many pop songs and used in the viral video Axis of Awesome – 4 Chord Song.

Note in the video though that the are a couple of times that they change the song half way through the progression with the next song giving you a 6-4-1-5 progression. If you play the 1-5-6-4 progression, starting from the middle, 6-4-1-5 you get a completely different feel because you are starting on the minor chord instead of the major, thereby pushing the song into the relative minor key.

What they have done here is clever. They took a bunch of songs from other keys and sang them in the same key. Notice how they still sound like the actual songs. That’s because the chord progression determines the feel of the song and those songs, although don’t use the exact chords, use the same relative progression 1-5-6-4 to the key of that song.

Have a play around with creating different chord progressions by changing the order in which you play the chords in the key. Really, the feeling of the song is going to come from the order of the 6 major and minor chords of in relation to the key, not so much by the key itself.

That’s why most songwriters think of the chords in terms of the their relationship to the key.

If you’re want to be a beat-maker or music producer one day or if you’re just learning an instrument, understanding chords is the backbone of all modern music. Whether it’s hip-hop, R&B, EDM, Dance and Pop/Top 40 or any sub-genre, the one thing they all have in common is the underlying chord progression.

Music and chord progressions are not that complex once you analyze it and understand some basic music theory. I hope this article was useful for you.

If you spend some time understanding chords, scales and music theory means you can come up with great ideas with less trial and error.

Eventually you can hopefully get to the stage that I’m at when I can sing a melody or chord progression in my head and instantly play it. It just takes time and practice.

Technology will change but music theory remains the same. You’ll never regret taking some time to learn music theory, even if your goal is to be creating beats and producing music.

I should mention that learning music theory on the internet alone is not the best idea. You have no one to correct your mistakes and help you with your playing technique. If you’re getting into music production, the best thing is to find a pianist in your area. If you’re in LA, I teach private, one on one piano and beat-making lessons here at Current Sound.

This was originally written by Waveheavy on the music production forum, The Serious Sounds Network http://serious-sounds.net which has now merged with Current Sound. This article contains new exclusive content & chords charts by Tom Watson at Current Sound as well as some extra music theory.

Subscribe to the newsletter below for more free lessons in music theory, beat-making & mixing.