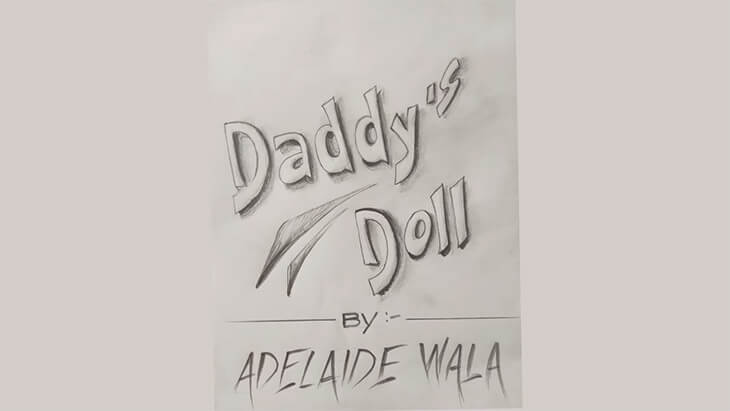 Adelaide based Indian/Hindi rapper Jassi who goes under the artist name of Adelaide Wala booked a session in the studio. He had written some lyrics before the session in Hindi that he wanted me to create an instrumental/beat for to rap over. Of course, being in Hindi, I had no idea what the song was about so I had to ask him.

The meaning behind Daddy’s Doll

He explained that it was a story about a little girl who depended on her father for everything while she was growing up and she would follow him everywhere and hold his hand but one day they got stuck in a crowd of people and their hands broke apart and she lost him in the crowd and couldn’t find him. It was a little more complex than this but that was the basic story.

(Note: If you’re already listening to another song, pause the site music player at the bottom of the screen before playing)

The making of Daddy’s Doll

I wanted the music to fit the story, almost like a soundtrack for a movie. The whole 1st third of the story was happy, about her playing with her dad and doing nice things, then it takes a dark unexpected turn when she loses him in the crowd.

I thought, a clever way to accomplish this would be to create a melody that could be played happy and then a slight variation of that same melody that sounded sad and dramatic. So the first melody is very staccato and happy and the 2nd melody is very legato and layered with bass and played in a way that makes it sound sadder. I got the idea from watching the Pixar movie Up a few years ago. There is a scene in that movie where the old man is looking back on his life and the happy times and sad time but the interesting thing is that the melody is almost the same but just played more happy and more sad to suit each scene which I thought was very clever.

I played a melody on the keyboard while I asked Jassi to rap the chorus and then came up with a sadder variation for it. Then I thought, wouldn’t it be awesome if the happy melody sounded like it was playing on a music box, you know, the old fashioned jewelry boxes that would play a melody when you wound it up and then opened the box. I’ve never seen one in real life but I’ve seen them in movies.

The only problem was…. I’ve never needed to put a music box in a song before and I didn’t have a “music box” patch on the computer or the keyboard and I didn’t want to use a xylophone or anything similar. So I googled “Kontakt music box” as Kontakt is really the best for sampled sounds. Luckily, someone had sampled a music box, so I purchased it and it only took a couple of minutes to download. I played the melody to the click and instantly Jassi said “Wow, this is awesome. It sounds like I’m in a little girls room.”

After that I beat boxed a drum pattern to fit with his flow while playing back the music box recording and asked him to try rapping over it. It was working well so I selected some samples in Maschine and played in the drums. Then I added an 808 bass and some droning notes. Now for the part to make it all work…. the sadder melody.

I decided to take out the beat at the time of the sadder melody and to add some strings. I played all the string parts one at a time on the keyboard/piano, basses, cellos, violins. This is the only way to create realistic sounding strings with emotion. I used LA Scoring Strings for this, again in Kontakt. I added a droning synth in the background and automated increases and decreases to the cut-off and resonance to create more tension.

Being in Hindi I would have to ask him one line at a time, “What does this mean?”,  just so that the music would follow accordingly. Whenever you hear the music increase in tension and get sadder, that due to the line over it having a sadder meaning.

Once the instrumental/beat was done, it was time to lay down the vocals. At this point, I’d already become familiar with the arrangement and layout and meaning of certain sections so I was able to produce it as if it was in English. Emotion is universal. You can still hear whether someone sounds happy or sad or has swag or is corny in the tone of their voice regardless of the language. It’s obviously a lot harder when it’s not a language you speak though.

We recorded the vocals and we were both satisfied with the performance. I cut up the takes, recorded and edited some double tracked vocals and then mixed and mastered the song.

Jassi (AKA Adelaide Wala) got an artist to draw some custom images for the music video to go with the story theme. It came out well and we were both happy with it. Even if you don’t speak hindi, you can listen to the song above and enjoy the music. Jassi told me that he played the song to a couple of his female friends and they cried in the sad part of the song. So I guess I did a good job making the music fit the sad lyrics. It was funny the way he told me, “Women are crying because of your music. It’s so good!”