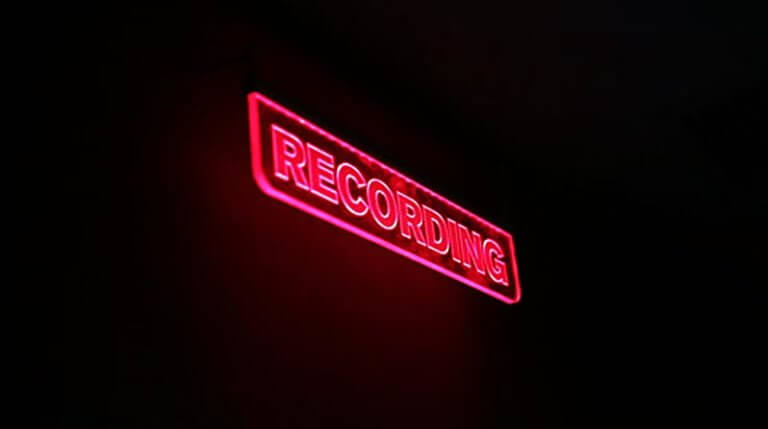 They sometimes have in house engineers available at an additional rate but you often don’t know who is going to be doing the session and what their skill level and previous credits are.

These are usually the large, traditional studios you see in old movies and even new movies.

This type of recording studio is what most artists who have never been into a studio think a recording studios looks like. This is where they think they should record… until they see the price tag lol.

Their website probably contains lots of famous artist credits but those are just the people that have been inside the building. It doesn’t mean the staff that will work on your song recorded and/or mixed them.

These recording studios have been in a steady decline since the 2000s. As music sales declined, most of the large studios couldn’t afford the high rental prices, equipment maintenance costs and engineer fees to stay competitive. Over two thirds of the large studios in LA have shut down in the last 20 years and only a handful now remain.

Large label owned recording studios have become a bit of a thing of the past. A lot of the large studios have also been sold off to music producers and artists to be used as their own personal private studios.

They Aren’t Usually the Biggest

These studios might not ‘look’ like what you think a studio looks like. They are usually smaller in size than the large studios but this is often on purpose. The reason is so that they can offer more affordable prices to independent artists.

This now is where the majority of new music is recorded and created. Music sales are much lower and budgets are smaller than in the 80s and 90s so artists have been moving away from the large studios.

Many engineers have moved away from the large studios and have started their own studios. These days, there are more engineer owned studios than ever before but there are also some sketchy ones so make sure to checkout their work and if it’s too cheap, as in under $50 an hour, chances are it’s someone starting up without the experience you’ll get at other places.

This is really the most modern type of recording studio you can get as it combines recording music with creating the music and instrumentals.

In the 80s and 90s, bands would book a studio and walk out with their song. In the 2019, there aren’t as many bands. Look at the charts and you’ll see singers and rappers. These artists don’t play their own music. So where does their music come from?

From beat-makers and music producers.

VS Studios Without a Music Producer…

How many of these knobs and buttons to you think are used to record them?

Out of the large board above this photo that contains over 100 channels, 99% of the time only 1 channel is used to record the vocal as circled. That means 99% of the mixing desk is unused. Just sitting there and looking pretty.

The rest is usually mixed in the computer.

If the engineer only has an instrumental, no track-outs and and did want to use the desk, the best he can do is to send out a left and right channel which looks like this.

You’ll also notice all the faders are down in the photos but the DAW/software is running. That’s because all of the visible faders/channels, almost 100 of them weren’t being used! These missing channels are for mics for the extra musicians and band members, you know, the ones that aren’t in the studio anymore!

So What Are Music Producer Studios? Are they Beat-Makers?

People often confuse beat-makers and music producers. Even beat-makers themselves often get it wrong and don’t know the difference. It’s quite simple though. Beat-makers make the beat/instrumental that rappers and singers buy (usually online) and then take into a studio to record over and have no say in what they do with it after.

Music producers work with the artist in person to create music for them to perform over and help them create the full song from start to finish and help the artist with the performance, arrangement and are effectively a director for the song.

A music producer can also be a beat-maker but the difference is that they care about the whole song, not just the instrumental. Their job is to create full songs.

Often a music producer is also a sound engineer but not always.

This means instead of simply recording over an instrumental/beat, they are making all the music and mixing it together. Just like in the old days when musicians used to get together in the studio and make the whole song. Except that the producer plays most of the instruments and sounds on the keyboard/synth and Maschine/MPC. As well as sometimes bringing in session players to add guitar and other instruments.

These types of studios exist but they are not the ones you usually find on Google. There are only a handful of them in Los Angeles available for hire to the public for independent artists as most music producers work for a particular label directly or as a freelance music producer. Current Sound is one of the handful of music producer owned and operated recording studios here in LA.

There are thousands and thousands of hidden home studios in LA. Some still charge artists per hour like the large studios, recording and working with artists but lots of them are hidden. Lots of them have no web presence except sometimes maybe for some Craigslist ads and studiotime.io if you’re just looking for a space alone, as studiotime.io often doesn’t include the sound engineer and/or producer and is more like an airbnb/booking of the space/room.

Does that mean they suck?

No, actually, there are lots of very serious home studio setups that would basically fall into the same category as Engineer Studio and Producer Studios except from the house, garage or apartment of the engineer. They might be so serious that they look nothing like the photo above and look more like this:

This is an actual home studio in Texas. Usually they’re not this large in LA due to the cost of rent except for maybe in the far outskirts of LA but you get the idea.

My point is, there are even home studio setups that are so serious that they are no different than the commercial studios, except for operating from a residential area in secret. That means you can’t find most of them.

There is a documentary about it and a few articles like this that go into the scene in more depth but basically due to the high rent of commercial places in LA, some engineers are making studios from their homes too.

This is probably the area where you have to be most careful though. There are plenty of people who just buy a microphone and a laptop and think they’re now a recording engineer. Sure it doesn’t take a lot of equipment these days to get record but the skill of the recording engineer is ultimately the person who is going to make your recording sound either amazing or just like a demo you could have recorded at home had you purchased a cheap mic yourself.

As I’ve said in the past on my blogs, if you’re going into any recording studio of any type, checkout the recordings and/or productions of the person actually doing your recording session before booking anything.

Since there are so many studios in Los Angeles that you can book without a sound engineer. You might want to consider bringing your own.

Of course, if you like the style of music we do here at Current Sound, you can just come here to work with music producer and sound engineer Tom Watson

There are different types of recording studios. Los Angeles has some of the biggest studios in the world.

Choose the Type of Recording Studio You Need

If you’re in a band and you can afford it, there’s no reason not to go to one of the large traditional recording studios in Los Angeles. You can even bring in your own freelance engineer or producer of choice if you like.

If you’re a singer, rapper, songwriter or DJ in LA looking to record, you can save yourself some money by going to a smaller or mid-sized recording studio such as my studio Current Sound in Hollywood. I also create entire backing tracks/instrumentals/beats from scratch for artists without using any loops or samples.

Should You Hire a Music Producer?

There are lots of smaller studios in LA making hits. The secret is really just to work with the right people. Artists often think that it’s the studio that makes them sound good. The reality is though, a good mix engineer and music producer could walk into most home studios and create a professional sounding product. Most musicians think this isn’t possible because they don’t have and often will, never acquire the skill set needed to produce, record, mix and master themselves.

Recording engineers have a saying, “It’s not the gear, it’s the ear.”

You’re hiring the skill set of the individual that works in the studio when you hire the studio to use the gear to make you sound great. If you were to hire a guitarist, you wouldn’t hire them based on the guitar they have. Jimmy Hendrix would sound amazing on a $30 guitar but a kid with the best guitar that money can buy that has just started learning is going to sound like sh*t.

It’s pretty much the same for choosing a recording studio. Picking the one with the best gear isn’t the way to get a great sounding recording and song. It’s about choosing a recording studio with the best people/staff. Or, since most of the large studios in LA let you hire the space without a sound engineer, finding a talented sound engineer for hire and then bringing them to the studio you want to record at.

It used to be pretty easy to find a good recording studio and sound engineer in LA. There was only one type of record studio, a large commercial studio.

Since land and rent prices in LA have sky-rocketed, over half of the large sized recording studios in LA have shut down. Many of the old staff have since moved on and setup mid-sized and small studios around LA. This means, the large studios don’t always have the best staff. You can sometimes find a better engineer at a smaller studio.

However, there are also lots of people with no talent trying to make a home studio or small studio. So you really have to be careful and do your homework. Listen to the quality of their previous songs. Maybe meet with the engineer and/or producer at their studio for a chat to make sure that they’re legit. We’re living in crazy times now.