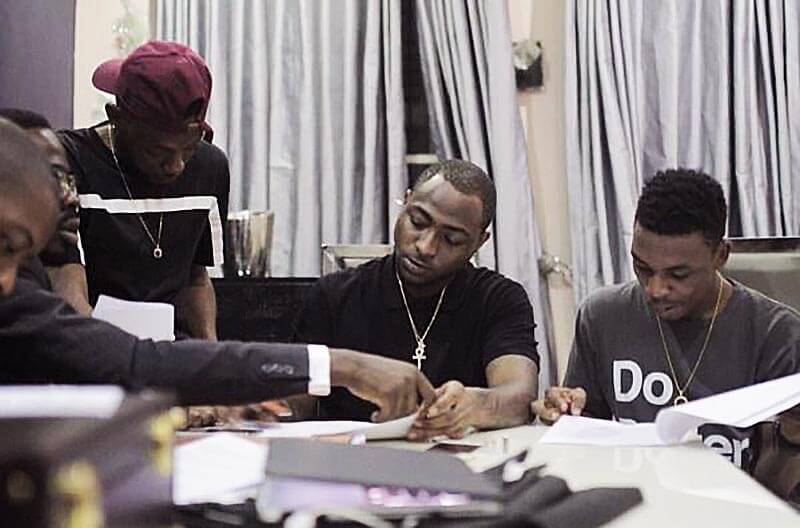 Do Music Producers Help Artists Get Signed to Major Labels in 2020?

The answer is, “Yes but not in the way that you probably think.”

Often when people think about this, they think of music producers helping artists sign to a major label by producing them and then pitching the songs to various labels. So let’s clear up some common confusion.

The Rise and Fall of CD and Music Sales

In the 90s and earlier, CDs and music sales were booming. Major labels would take more chances and their A&Rs would sign artists if they thought they ‘had something’. This was called and “Artist Development Deal.”

Most of the artists they signed were a flop and often the label didn’t recover back the amount of money the label invested in them but when an artist was a success, they would the label 10s or even hundreds of millions of dollars so it was still worthwhile.

This was the era you see on old movies and even in modern modern hollywood movies that want to be appear more exciting (despite inaccuracies). You could send in a demo tape recorded literally on tape of a low quality recording and get it to an A&R at a record label in hope of them thinking that you ‘have something’ and then sign you.

How Did Music Producers Fit Into this?

During this era, often music producers would go out and search for talent. If they found a talented artist they would sign them under a “Producer Agreement”.

This agreement commonly stated that if the artist was signed to a major label, they would have to use the music producer as their music producer for the duration of the deal.

In exchange for the music producer working for them, they would usually have to give up a percentage of their CD sales and often also their songwriting royalties.

The music producer would then use their connections to try to help the artist get signed by getting a ‘meeting’ a label where they would play the A&R the song in hope that the A&R would think that the artist has something and sign them.

Then the internet came along…

As the internet came along, people could now download mp3s for free. CD sales fell to record lows. iTunes came along later to try to monetize mp3s but the damage was already done and although the labels were still making money, they were not making the sort of money from just one artist like they used to.

How did this effect the Record Labels?

No longer was it profitable to just sign anyone. The A&Rs were never too good at guessing who would be popular anyway. Signing a dozen artists hoping that one will make them a fortune wasn’t a feasible business model anymore. As of the 2000s, all the major record labels ceased offering artist development deals.

What Happened to Record Label A&Rs?

To be honest. they didn’t even care if the person was talented or not, they had to have a large fan base which means fans who turn up and sell out the venues as well as online fans. These fans then need to be buying their music…. a lot. Once the sales are big enough, the label would then think, “This person is making a lot of money, we like money, we should be making this money, let’s sign them”

So the A&Rs job description changed from ‘find talent’ to, find artists that have fans and are making money. They still say they ‘find talent’ but in reality, they are looking for people that can make the label money. After all, it is the music ‘business’ and labels basically did away with the searching for talent

So What Happened to the Music Producers?

A lot of the Music Producers who produced popular artists in the 90s and earlier were signed to the major labels as a producer for their artists. Some just had enough money to retire. Others started their own home studios, pro studios or started leasing recording studios full time or working for existing recording studios and became music producers for hire. Anyone could hire them if they could afford their rates.

Did Music Producers Keep Searching for Artists to Get them Signed to the Major Labels?

Most music producers stopped looking for talent at this time. Now, even if they found someone talented and made a popular sounding song or album for them, there was no one to pitch the song to anymore.

In order to get someone signed to a major label, any artist the music producer produced for would have to be heavily promoted and with a decent financial backing.

Music Producers never had the time to be artist managers. They would spend their days in the studio creating music and occasionally try to get a meeting at a record label if they could.

Artist management is a full time job and this job has always been done by artist managers, not music producers.

Given that Music Producers had to basically choose whether to be a music producer or artist manager, they went back to what they do best and continued producing music.

They still ‘find talent’ but more accurately, ‘talent finds them’ when talented artists hire them. What they do with them is help create amazing songs for them and their management or label.

Sure, with the recent home studio boom, some amateur music producers try to make it by searching for talent but they are rarely the for-filling the role and skills of an actual professional music producer, even if they claim to be one.

The problem is, amateur music producers often don’t fit the definition of a music producer and lack music theory, knowledge of trends and the mixing and mastering skills required to create a radio ready product. Often they are more of a beat-maker than a music producer.

As many artists have realized, getting stems/track-outs and having someone else mix the song done by a wannabe producer can prove challenging to say the least. Putting your time and trust in someone without the skills needed to create a marketable product can often do more harm than good.

Artists aren’t professional music producers and sound engineers so it can be hard for most artists to tell if a song is not up to scratch. Using an amateur music producer often results in the artist wasting lots of money promoting a sub-par product only to have it flop.

That’s why there are still professional music producers for hire such as myself.

Summary… Do Music Producers Help Artists Get Signed to Major Labels in 2019?

By Creating Amazing Music That is Marketable, Radio Ready, Ready for Sale and Will be Liked by the Public

What they Actually Do…

What they actually do in 2019, is help the artist create a completely finished end product to their vision and the current trends that they believe will be popular.

Should the artist or their artist manager then promote, market and then sell that product, it is more likely to do well a good music producer stays up to date with modern trends. Should it do well once marketed, then sure, the music producer will then have indirectly helped them get signed.

A Good Music Producer can Make or Break a Song

What a good music producer does best, is create amazing music for artist and help direct the performance of the artist to help them deliver the best possible performance in the studio. An amazing song, is far easier to promote than an average or below average song.

Independent artists release average songs every day and they disappear into the wilderness of the internet.

An amazing song, is far easier to promote than an average or below average song.

It Often Costs More to Promote a Song than it Does to Pay a Music Producer to Create it.

Promoting music independently isn’t easy or cheap, especially in 2019. The cost of promoting a song is higher than ever. Video clips, online marketing, promotion packages and promotion companies, these all cost a lot of money.

Even with all the promotion in the world, an average or below average independently released song often goes nowhere.

The funny thing is that most artists just think of going to a recording studio. Often even to ‘record a demo’, which is even more silly given that you can’t pitch that demo to anyone. Others pay for an engineer to mix it so that the quality is better but people often forget….

So then why not use one to increase your chances of success?

Ever noticed that amazing beat/instrumental or your favorite signed artist’s song? Ever noticed how each note is flawless and the performance is perfect. No, your favorite artist isn’t a god and perfect. Some of them can’t even sing well. That perfection is created by the music producer who helped direct their performance, tuned every note manually one at a time in the Graphical Mode of Auto Tune and made the beat and entire instrumental that they are singing over.

The producer also often also worked with the songwriters in the studio while they wrote the song for the artist and in some cases. Some producers like myself, even help you hire songwriters that have written for major label artists!

Your fans are also listening to music from major label artists. The best way to compete with them is to use the same tools as them. That tool ‘lol’ is the music producer 🙂

Music producers have gone back to helping artists get signed by the way they did all along. By creating amazing music for them. It’s just, they no longer get ‘that meeting’ for them at the record labels.

What do the labels care about now? Their Fan base, music downloads, streams and how big their online fan base and physical fan base is. Sadly, it doesn’t really matter how talented the or marketable the artist is. They have gotten lazy. They want proof in the form of numbers, facts and figures.

In 2019. Music producers help artists get signed to major labels by helping them create a marketable product. Should the artist’s manager or the artist themselves then promote that music, they have a much higher chance of getting signed as a marketable song can lead to more fans, more streams and more downloads.

Now you no longer have to wait to ‘get discovered’ to work with a music producer. As an independent singer or rapper, you can hire a music producer right now and in most cases, without the producer taking any of your future royalties. That means you’ll be better of when you’re signed anyway.

This blog post was written by a music producer for hire, Tom Watson who works from Current Sound in Hollywood, Los Angeles.

If you found this article useful, please share in via social media on the links below.